< Go back to News

A start-ups journey to solve a trillion-dollar problem. 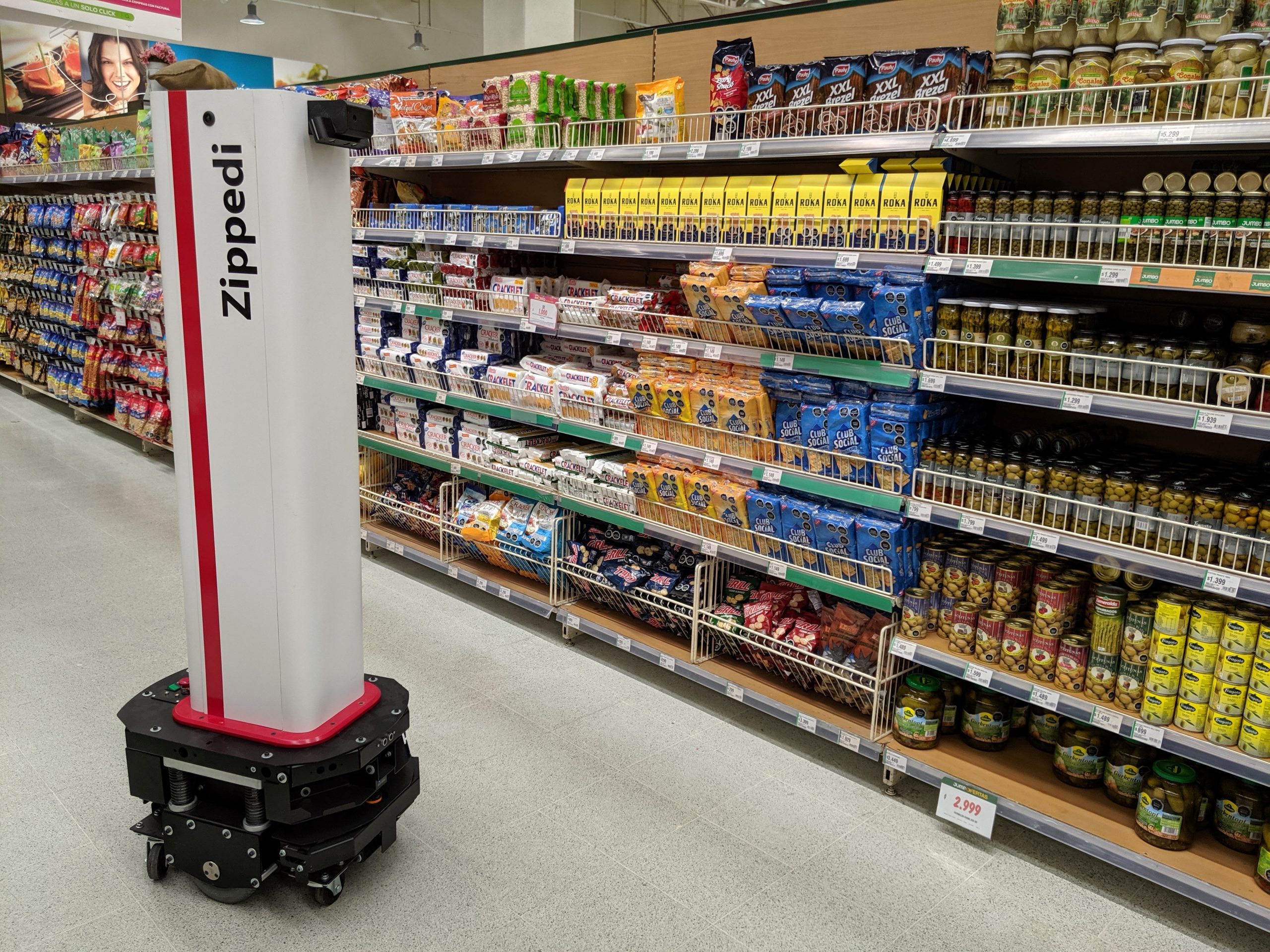 The story of how one start-up is combining the power of robotics, AI, and IoT to solve a trillion-dollar problem.

What does it take to start a tech business?

I am fairly certain that questions will have been asked a few times. I am equally sure that we have all heard a few pretty incredible stories about the origin of some world changing ideas.

Well I would be willing to bet Zippedi have a story which will fit right along-side.

This start up story involves arguably the most recognisable drinks brands in the world, one of the three largest retailers in the world, a professor with a PhD in robotics,  a chance conversation at a cocktail party and a combination of technology which wasn’t even possible 5 years ago.

But first, who are Zippedi?

How do they do this?

By combining the power of AI, with robotics and IoT. Their robots travel round a retail store, covering up to 5 miles every night, collecting critical data about stock levels, pricing information and more. The robots provide a constant data stream via a combination of Wi-Fi and SIM based cellular connectivity. The data is then analysed and used by their AI powered chat bot ‘Bruno’ to provide tasks to in store workers ensuring the store is performing at all times. This data is also provided to management teams to help them optimise operations.

Today Zippedi are tripling their deployment of robots every year and rapidly expanding across America.

But as with many great start-up stories getting to this point wasn’t plain sailing. In fact, when the founders originally struck upon their idea they had to abandon it because the technology required to make it viable just simply didn’t exist.

The idea started with a simple fixed camera used to monitor how customers were interacting with staff and moving around stores. The idea then evolved to include using the fixed cameras for stock monitoring on supermarket shelves. They ran a pilot project with a world leading drink brand and the data they were gathering was so exciting that the project ended up on the desk of the CEO. However, despite the incredible data being made available, it wasn’t quite enough. As they started planning for scale it became clear that fixed cameras were not going to work within budget. The project was paused.

A few weeks passed and the phone rings.

It was one of the largest retailers in the world on the other end.

A chance conversation between CIO’s at a cocktail party about the data Zippedi had been collecting had prompted this phone call.

A meeting was set, the idea was pitched to this new potential partner but the conversation came up again. “We love the data but fixed cameras just aren’t scalable enough”. For this retailer it would mean up to 800 cameras per store across 2000 plus stores. Un-manageable.

And then the exciting part:

“Have you thought about putting the cameras on a robot?”

Now, this was 2013. The team started investigating the possibility. They talked to a few robotics companies and had some productive discussions.

In parallel the team were working with the Chilean professor with a PhD in robotics from Carnegie Mellon who was examining the possibility of using robots and AI in just such a scenario.

The idea took shape. A pivot. The team presented this new direction to the board. But as they progressed, they realised that the processing power, and the connectivity technologies of the time just couldn’t meet the level of precision and quality required to provide accurate data.

The project was deemed non-viable and the idea was abandoned.

The co-founders had sold their previous business and the topic came up – “hey, that robot idea. We should look into it again.”

And so they did. A visit back to the university in Chile revealed that they in fact already had a prototype. It was clear that processing power and connectivity technologies had advanced to the point that now, this actually looked viable.

And so Zippedi was born for real.

A trial in 1 store in Chile to build and test the prototype and 1 year later the robots were deployed in all their stores. The team then got back in touch with the large US retailer from original discussions.

“You know that idea about putting the cameras on a robot? We have done it. In fact, we are doing it now with more precision and at a better price than anyone else.”

A pilot project was kicked off for a year and with the value clearly demonstrated roll out has now started for real.

Zippedi now continue to evolve  their product and are transforming the way these stores operate.

On the current path it won’t be long before you might walk into one of the hundreds of stores across the US on a late night visit and bump into a robot,   diligently monitoring shelves and distributing tasks to ensure your in store experience is exceptional.

Zippedi are not only evidence of the rate of technological advancement but also a demonstration of what is possible  today, when IoT is combined with current generation AI and robotics.

This is not the future. This is right now.

We are going to be following Zippedi’s story as they scale up, so stay tuned for an inside look at what it takes to bring a world changing idea from concept to large scale deployment.